Marketplacer is proud to be helping retailers around the world get their products and messages to market through online marketplaces such as House of Home, Outdoria, Bike Exchange, TiniTrader, and Tixstar. In the latest instalment of our Niche Retail Focus series, we talk to Selvam Sinnappan of mattress maker and e-retailer Sleeping Duck about giving customers a good night's sleep.

Common wisdom says one of the best places for an entrepreneur to start is with a problem. Find a solution to that problem and customers will beat a path to your door.

Melbourne-based startup Sleeping Duck didn’t mess around when it came to picking the problem they were going to solve: a better sleep experience.

The past few years has seen a massive rise in what’s being called ‘the bad sleep epidemic’, with medical authorities recognising insufficient and poor sleep as major contributing factors to public health problems.

While the sleep puzzle is complex, and includes factors like the use of smartphones and related devices in bed, Sleeping Duck’s co-founders Selvam Sinnappan and Winston Wijeyeratne identified the humble mattress as a product that could be improved and the bedding industry as ripe for disruption.

“The typical shopping experience involves walking into the showroom with a sea of mattresses. The salespeople usually earn commissions, so they’re not always motivated to sell you the best mattress,” Sinnappan says.

Most of us have had the experience of gingerly bouncing up and down on a bed in a showroom, with a salesperson enquiring about how it feels. In terms of spending potentially thousands of dollars on an item you’re going to be using for a decent portion of your life on a daily basis, that experience seemed a little less than satisfactory, according to Sinnappan and Wijeyeratne.

Surely there was a better way, thought the pair, who had met as colleagues in the ANZ graduate program. Both had graduated with combined engineering and business degrees, so they put their skills to work in coming up with not only a new type of mattress design, but also a novel way to sell those mattresses — through the internet.

The pair set about designing what is essentially a modular mattress that is delivered to the customer in a box and can be easily unpacked, as well as customised to suit the user’s preference for a harder or softer mattress.

The Sleeping Duck duo wanted to create a high-quality mattress at a reasonable price, so they did a lot of research into finding a manufacturing partner who could supply what was required.

“Our mattress has a very novel design, so we did have to do a lot of research into potential partners who could do this for us. We calculated there would be a lot of savings by shipping it to the customers in a compressed form as well. We’ve cut out a lot of the middle man costs for the consumer,” Sinnappan says.

Online retail is booming across all sorts of categories, but Sleeping Duck recognised that consumers might still have a few questions about buying something as personal and important as a mattress online.

After all, how could the potential buyer try the mattress out if the whole purchasing experience was online? Sleeping Duck’s answer: give customers a 100-day trial with a money-back guarantee.

After the 100-night trial, if a buyer doesn’t like the mattress, Sleeping Duck picks it up for free. Sinnappan says they have not had many returns out of the thousands sold so far, and those that have been returned are either donated to charity or professionally recycled.

Sinnappan says the pair immediately recognised the potential barrier for customers of not being able to try out the mattress in a showroom. With the 100-day trial, they wanted to alleviate those concerns with the assurance of a substantial trial period. So far, it has worked. Sleeping Duck has not only sold thousands of mattresses online in Australia but has also expanded into the UK market and is looking at opportunities in Europe too.

Of course part of the challenge for Sleeping Duck has been getting the word out to prospective buyers. Most people still think of mattress shopping as something that’s done in-store. Sleeping Duck initially put a lot of its marketing efforts into targeting younger, internet-savvy shoppers through Google AdWords campaigns and social media reach.

Good word of mouth snowballed from this, along with positive reviews of the product on independent review sites, and Sinnappan says older shoppers are now starting to get wise to the Sleeping Duck experience.

“The big driver for the business was just word-of-mouth referrals and recommendations. Even to this day, we get an extraordinary number of calls from customers or potential customers saying their friend has a mattress and they can’t stop talking about it.”

As part of Sleeping Duck’s strategy to raise its brand profile and reach new customer segments, it also joined online marketplace House of Home. Sinnappan says this enabled the mattress maker and retailer to come to the attention of a broader range of homewares shoppers.

“House of Home has really opened up a different audience to us. It can aggregate the offerings of a lot of retailers, so customers might be looking at other categories and see Sleeping Duck on there as well, which means they can learn something about the brand. It has introduced the brand to a new set of audience who we might not have been able to otherwise reach,” he says.

House of Home has experienced phenomenal growth as an online marketplace for furniture, bedding, renovation and homewares since starting up midway through 2015. It now boasts more than 450 retailers on site and features more than 80,000 products.

House of Home co-founder and CEO Stephen Jones says he is impressed by Sleeping Duck’s innovative business model. “We’re always keen to work with retailers who are doing something novel and interesting because it gives House of Home’s customers options and choices that they might not otherwise be aware of,” Jones says.

Sinnappan sees the online marketplace presence as an integral part of Sleeping Duck’s multichannel offering, along with the company’s own ecommerce site. Sleeping Duck also runs a small retail offering from its Melbourne factory headquarters as well as pop-up shops in Sydney.

Sinnappan says the philosophy driving the business has always been about giving people the best sleep experience possible. With sleep issues high on the agenda for so many people around the world, Sleeping Duck might just have come up with a mattress solution that will give plenty of its competitors sleepless nights.

What qualities should you look for in business partners? 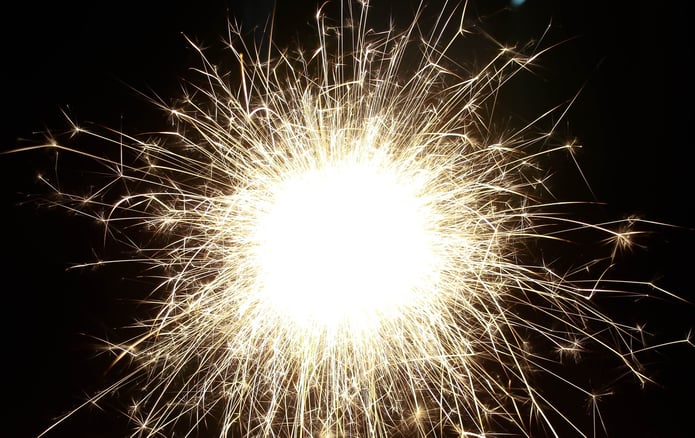